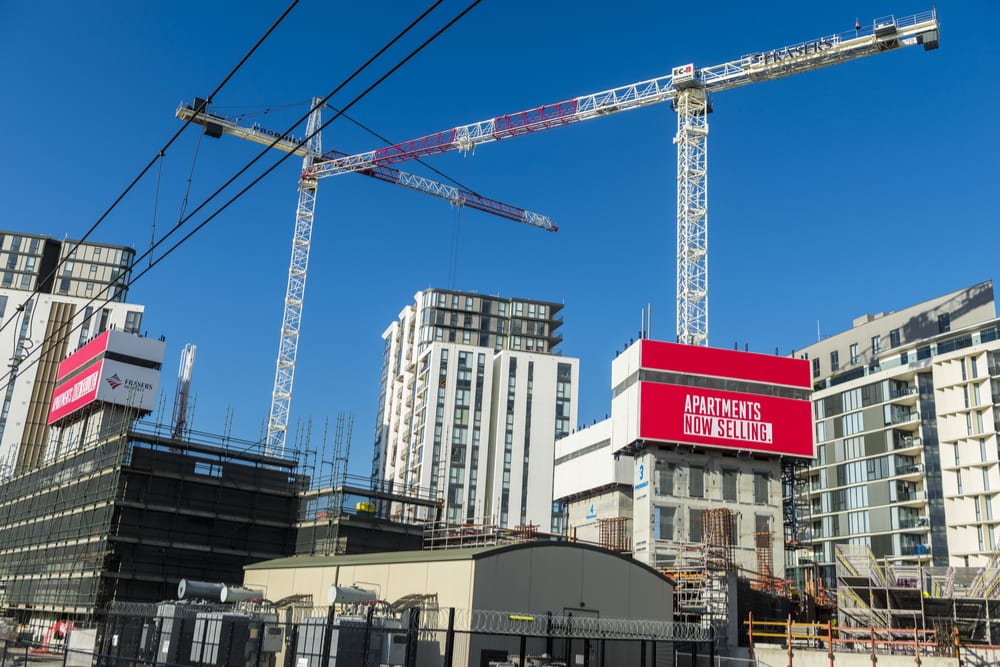 A new report has shown that apartment prices across Australia’s capital cities are expected to fall by 2020, as the spate of new development starts to take its toll on the real estate market.

Hobart, Adelaide and Canberra are expected to be the only cities that’ll see an increase in apartment prices over the next 3 years, according to the QBE Housing Outlook 2017-20 report released earlier in the month.

The outlook isn’t great for Sydney, with expectations for it to be one of the weakest capital cities, with a drop of 0.2% for houses and 3.8% for apartments.

Darwin is the only other city where a decrease in value for both houses and apartments is tipped.

All other capital cities in Australia are expected to see an increase in value for house prices, with Perth anticipating a 2.8% increase as the city passes the bottom of the market cycle.

The poor outlook in the majority of capital cities is thought to be due to the “glut” of apartment development projects taking place, vastly tipping market balance in favour of supply over demand. While good news for first-time buyers, it reflects poorly on investment interest within Australian real estate.

A number of these projects are taking place in Brisbane, a city that could well be hit the worst, with declines in value of 7.2%.

Sydney, a city with a real estate economy firmly propped up by investors, is likely to feel these declines significantly. Increased demand as a result of price decreases, however, could well balance this out.

These falls have already been seen in Perth due to its weak economy and early supply surge, but it’s thought this will bottom out within a year, along with strengthening in the Hobart and Adelaide markets.

The only other area thought to be at risk is Canberra, where oversupply is also a factor, but experts believe the outlook is flat prices, as opposed to declines.

Although these falls are expected to hit capital cities hard, it’s not expected to be an across-the-board situation, with decreases in apartment value confined to certain areas where overdevelopment is occurring.

Other experts, however, have different opinions. Looking at the data, vacancy rates in Sydney and Melbourne were decreasing, which isn’t thought to forewarn of oversupply issues.

Sydney’s apartment prices are likely to stabilise in the medium-term, but with not just local but foreign interest, there’s still drastic undersupply. There will always be areas of capital cities, such as those close to the CBD, that will always be in high demand and unlikely to be effected too heavily.