How to Resolve Tricky Neighbourhood Disputes 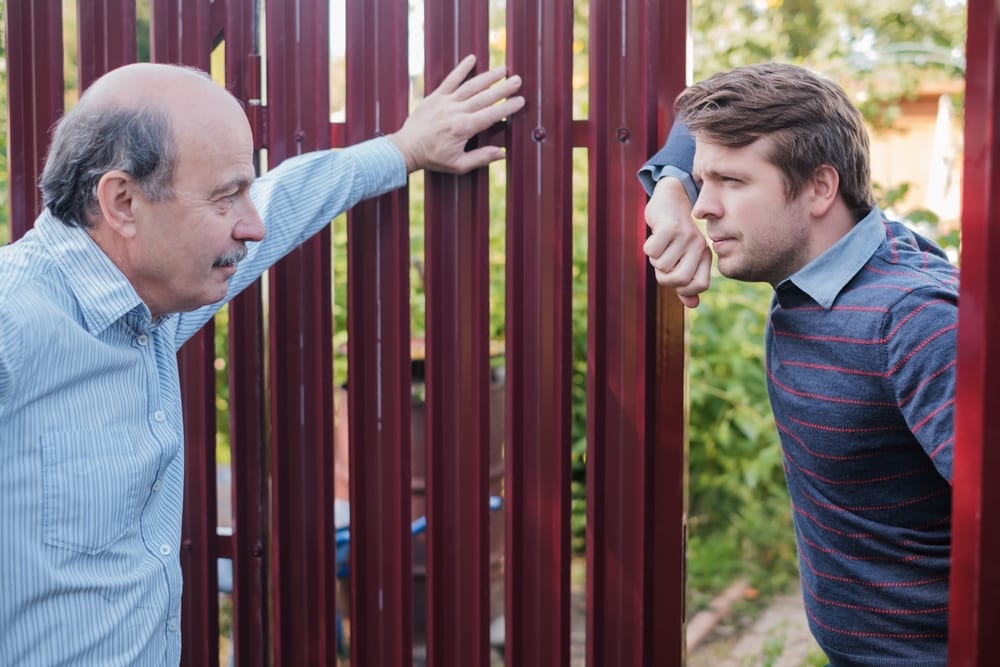 When buying property in Australia or around the world, there are hundreds of factors you have control over. Sadly, one of the major ones that you donâ€™t is the quality of your neighbours.

Sure â€“ you could move to the outback, where you wonâ€™t be disturbed by anything but the sound of the wind for kilometres around, but understandably that isnâ€™t for everyone. So, when your odds of getting great neighbours might as well be sold as a lottery ticket, what can you do to handle the inevitable disagreements that are going to arise?

Fortunately, there are a number of diplomatic strategies you can use to resolve disputes. So, stop throwing your lawn clippings over their fence and start trying some of these alternatives:

Introduce Yourself When You First Move In

Itâ€™s always good to put a face to a name â€“ and if they know who it is thatâ€™s living next to them, thereâ€™s a good chance theyâ€™ll behave more respectfully. Additionally, getting to know your neighbours is the first step to involving yourself in the local community.

On top of this, if a problem does arise, it wonâ€™t be your first point of contact with them. You will have already established a relationship and theyâ€™ll be more likely to take your complaint seriously. Thereâ€™s nothing worse than a neighbour who moves in and immediately starts moaning.

Getting to know your neighbours doesnâ€™t have to involve a knock on the door with a bottle of wine â€“ it could be as simple as a friendly wave hello from a driveway, or a quick chat whilst theyâ€™re tending to their front yard. By doing this, youâ€™ll help to create familiarity.

Before you take your dispute further, itâ€™s a good idea to get to know the local laws, as well as how they could affect you. This way, youâ€™ll be educated on what can and canâ€™t be done, avoiding complaining to your neighbours about something theyâ€™re completely within their rights to do.

Some items that frequently cause issues within neighbourhoods are renovations, noisy pets, babies crying and parking. However, these are all easily resolved, so you should do your best to simply approach your neighbours and raise your concerns. More often than not, theyâ€™ll do their bit to keep the noise down.

From here, your local council will have procedures in place to handle issues such as parking, noise and waste removal. Put in a quick call o them and theyâ€™ll be able to point you in the right direction for gaining further support.

Learn to Live with Each Other Peacefully

Boundary disputes are common among built-up areas and they most often represent themselves when changes are made to fencing. Whether itâ€™s repairing a damaged fence or completely replacing it, boundaries are often shared so problems can arise relating to where fences are placed.

Other issues can include vegetation overhanging from fences, as well as drainage and water supply. Where these issues are concerned, itâ€™s advised that planning regulations are considered.

If planning regulations have been breached, you have the right to involve the local council. If they find out that everything is in order, youâ€™re always within your rights to make an enquiry at your local Magistrateâ€™s court.